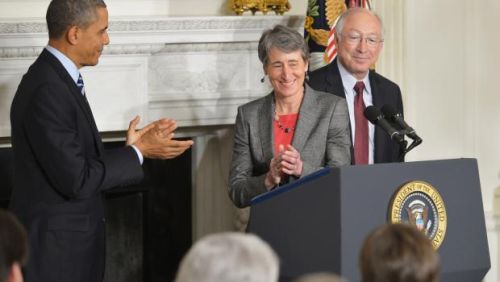 Startups often create products in a climate-controlled bubble that isn’t touched by the whims of local regulations and public policy…until they launch.

A few days ago, 6 rideshare companies were banned from picking up or dropping off at San Francisco International Airport due to permitting disputes. What would a company do differently if it thought about the regulatory environment while they were developing product instead of after they launched? It would inform which markets they opened up first and how much effort (read: money) they need to put into lobbying for regulatory change.

Policy has become an important part of building big, disruptive companies. Fred Wilson from USV gets it. So does Zuckerberg. Even Uber has taken to to addressing local policy changes first when entering new markets. Market changes will continue to be affected at the intersection of product and policy — and area that I think we’ll see continue to grow.

In October, I applied to be a Fellow in the San Francisco Mayor’s Office of Civic Innovation (MOCI). The MOCI Fellows program is modeled after the White House’s Presidential Innovation Fellows program and takes tech-savvy professionals and entrepreneurs from the private sector and puts them to work on innovating in the civic space.

In December, I was chosen as one of the first group of Civic Innovation Fellows and officially came on board in February. Through the end of the year, I’ll be working on projects that touch open data, engagement, and technology policy.

As a person who loves building things that people actually use, I believe that citizens are an excellent test group for innovation. Working on civic projects gives me the chance to watch how people use technology to accomplish the things that are important to them and figure out new ways to scale when a diverse group of citizens are your user base.

How do you blend entrepreneurship with civic service?

Sally Jewell, CEO of outdoor retailer REI, was recently nominated to take over as US Secretary of the Interior. She doesn’t have a background in government policy, but she is a hiker, climber, trekker, and a CEO who has built her career on a love of the outdoors. Through her civic service, she will continue to live the REI brand and her personal values as she oversees policies that protect America’s natural spaces.

I believe that entrepreneurs like Sally Jewell are uniquely positioned to help government innovate. We come with a willingness to experiment, think creatively, and move fast.

I’m super thrilled to be working with Jay Nath (Chief Innovation Officer), Shannon Spanhake (Deputy Innovation Officer) and the rest of the Mayor’s Office of Civic Innovation team. The office is working on solutions around government efficiency, civic engagement, and economic development. In particular, I’ll be working on product management of an application that makes government documents more efficient and looking at an area of tech policy that is very important to me — broadband access and community wi-fi.

I will still be active as a founder of Black Founders (although not making too many appearances on the road) and working on my own entrepreneurial pursuits. There are 24 hours in a day and I expect to use every single one of them.

Slush 2017: Demographics Have Shifted – How About Your Investments?

What is Native Advertising and Why Is It a Big Deal for Consumer Brands?

What Can Government Learn From Startups?