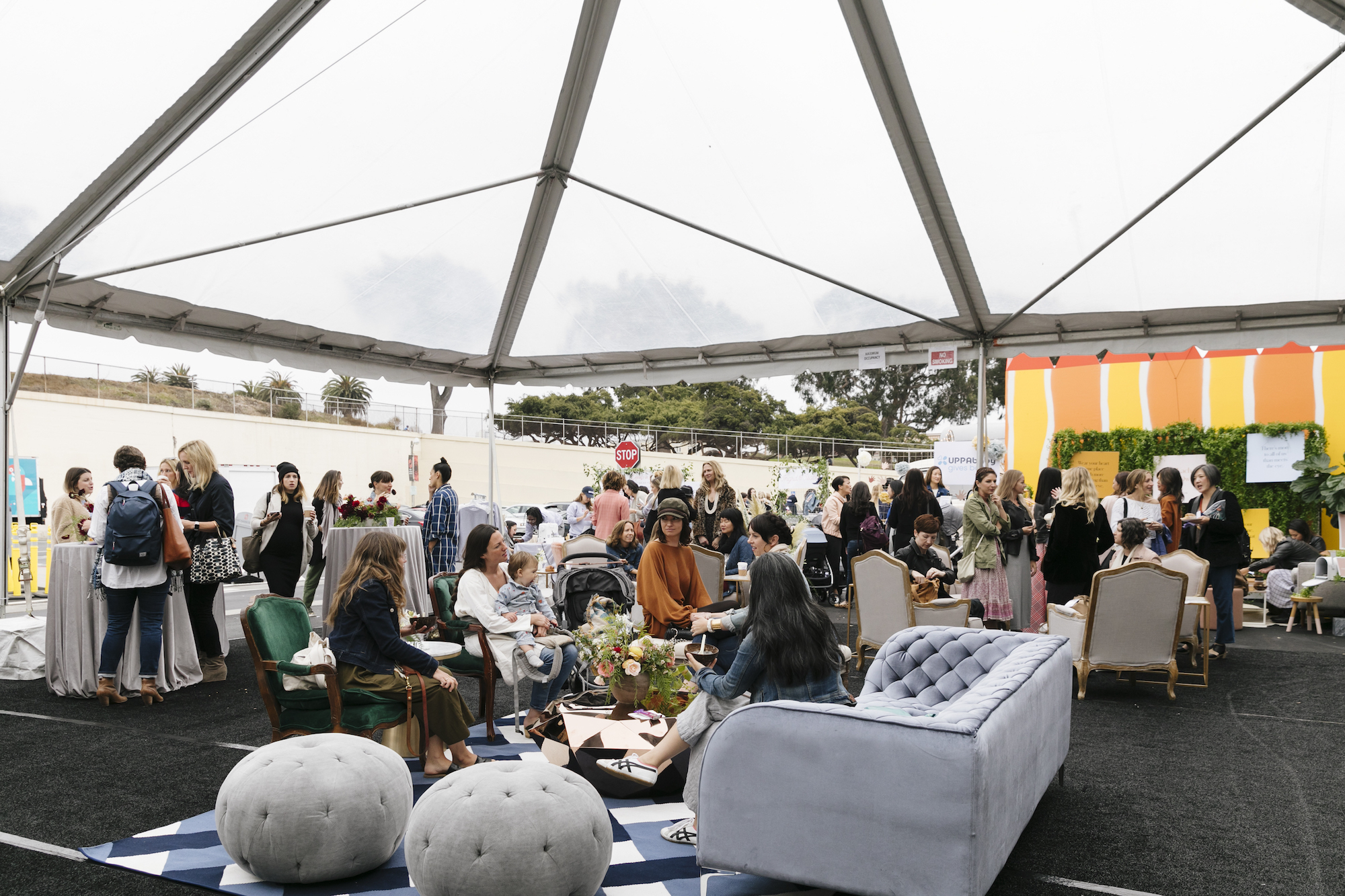 Last week, I was at the In Good Company conference for women and as I said on Instagram, I’m still buzzing from the high of being in a room that was in full support of  women founders, creatives, and mom entrepreneurs.

In Good Company didn’t just invite all badass women and moms in their network. They also set aside pumping rooms and milk refrigerators and created an overall atmosphere where pregnant women and women carrying their swaddled babies seemed both natural and welcome.

Of course, this is exactly what you would expect from the publisher of Mother magazine, but it’s also an example for how the rest of the business world should be — giving women the access and ability to be fully in the room at every stage of life.

In many ways, women have been shut out of the startup industry’s value creation. Women are disproportionally underrepresented on cap tables as both founders and employees and hold just 9% of the equity value in startups.

Now imagine how dismal those numbers are for women of color.

When I talked to the women at the In Good Company conference, I met a lot of women building businesses in retail, beauty, and other highly lucrative categories. But businesses in categories dominated by women consumers are often underestimated and as a result, undervalued and underfunded by venture capital.

Stitch Fix founder Katrina Lake raised less than $50M before the company’s 2017 IPO and has been candid about being underestimated and not getting the same high-flying valuations as male founders in companies not built on women consumers.

Companies like Rent the Runway, Shine, The Skimm and more all have early examples of female founding teams having to prove themselves and build category-defining, innovative companies on far less capital.

Entrepreneurship is about solving big problems, but too often, the venture community is only funding problems that half of the world deems important.

Women often see problems that other people miss, but without the capital to execute, they sometimes end up building smaller businesses.

I’m confident that this will change as we get more women writing checks in venture.

And so many of the questions and answers that come up center how we can make ourselves better and more worthy of funding. Be more assertive. Wear this, not that. Show more confidence. And for god’s sake, don’t be pregnant. Most of these have no grounding in how great of a founder you are, but how we are allowed to show up as women in business.

Capital should rise up to meet the best founders, not the other way around.

The thing that actually needs to be hacked aren’t you as a person or the mechanics of raising money, but who gets to distribute capital in the first place.

Thanks again to In Good Company for providing a place where women can show up and be their most authentic selves.