What Can Government Learn From Startups? 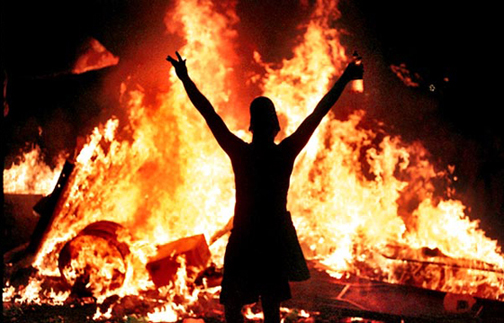 There are few industries that are more dissimilar than government and tech startups. Startups are seen as nimble, flexible, and open to risk. Government is seen as steady and reliable but also slow-moving and less open to innovation. But there are many lessons that government can learn from startups and adapt to the realities of the public sector.


Find and nurture your ‘A’ players

Most government employees aren’t the stereotypical bureaucrats — indifferent paper-pushers who block great ideas. There are lots of A-players in government and since working in City Hall, I’ve met quite a few of them. I’ve found most people incredibly open to new ideas and willing to use their knowledge of how the system works to pull down roadblocks and make innovative things happen.

The challenge for A-players is that they are often constrained by this game of whack-a-mole — the mole being the person who’s stuck her head up to try something new. It is of little value to take a risk and champion an idea or do things differently.

In the private sector, A-players are rewarded because there is a financial upside for them. You’ll make the company money, earn shares, and eventually have a liquidity event tied to its performance. In the public sector, this financial upside isn’t there and civil servants are often motivated by something very different — the desire to serve their community and see change.

The biggest thing A-players need is support at the highest levels for new ideas. Identify what motivates A-players in government — discovery, recognition, fewer constraints, more freedom — and then give them enough runway to make a difference.

Open up the distribution channels

I could spend an entire post talking about how the government procurement process is broken.

Products specifically built for government don’t have a good outlet and have difficulty even getting funded because traditional investors are wary of the long and arduous government sales cycles. This makes a lot of promising startups focus on enterprise instead of government and leads to government missing out on important innovation. Many civic-focused startups fail because a government agency’s procurement process can be as much as 18 months long. Even a year is forever in the half-life of a startup.

Government shouldn’t be buying products from some fly-by-night startup that might not be around in a few years or from some shitty company whose product is held together with staples and bubblegum. But there are stable companies whose products could solve really important problems who can’t focus on the government sector because they don’t have the runway or the know-how to navigate the complicated RFP process.

Government needs innovative products and it can start embracing innovation by simplifying the procurement process and making  it more transparent.

Focus on the data

Government often focuses on statistical anomalies — one high-profile tragedy, one event that manages to skirt existing policy. Every act of non-homegrown terrorism brings an immigration backlash when the vast majority of immigrants are peaceful, law-abiding members of our community.

Much of that can be blamed on the media and the 24 hour news cycle. If government officials didn’t react in some way, they would risk negative publicity and public outcry.

On the other hand, despite daily acts of gun violence, the majority of our lawmakers won’t support stricter gun legislation.

Decisions have become so politicized that instead of making choices based on what they know to be true the majority of the time, policymakers often make decisions based on the outlier event that gets the most attention.

Better government is made when we limit our reaction to statistical anomalies and look at the overall data instead of using one data point to inform an entire policy.

Social in startups is community engagement in government. No one needs to see a status update that let’s us know when you got your driver’s license renewed. But government can engage people to use existing social networks to deliver information and create connected communities for things like better disaster preparedness and response.

After the most recent tornadoes in Moore, Oklahoma, 2.7 million tweets were sent, many of them offers of aid and information about donations. Following the Boston Marathon bombings, Google quickly launched a ‘person finder’ to help people locate loved ones. From those affected by Hurricane Sandy using Waze to locate gas to AirBnB to find shelter, there are many stories of tech companies leading the charge to transform their services into solutions for disaster relief. In each of these instances, it was tech companies and their users who led the charge to drive useful connections and engagement.

In San Francisco, the Department of Emergency Management is working on developing a proactive plan to partner with tech companies who provide basic services like transportation and housing while using live updates, tweets, and missing persons finders to create a connected community before the next big disaster.

More government agencies need to ‘go where the action is’ and use the networks where their residents already trade and share to bring them together around disaster preparedness and useful engagement. Government is one of the institutions that really is too big to fail. Government failure brings on the thought of large-scale anarchy at worst and the failures of bankrupt and nearly bankrupt cities like Vallejo, CA and Camden, NJ at best. Even on a small scale, we don’t want government services to fail. Could you imagine if the DMV failed any harder than it already does?

Whether we choose to admit it or not, some of our major systems are already broken. Education. Social security. Entitlement programs. If there was any time to experiment and create new paradigms for government and social services, now is it.