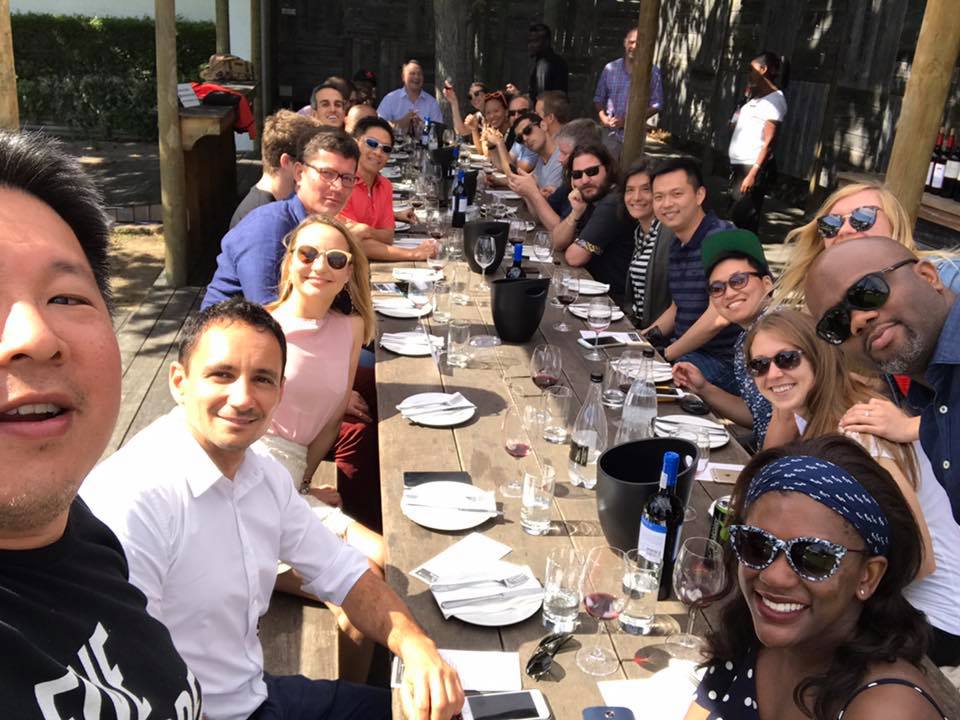 I came to Africa for the first time reluctantly – not because I didn’t believe in the market or because I didn’t think we could find deals there. 500 Startups made their first investment in an African startup in 2013 and has since invested in 10 African companies across Nigeria, Ghana, Kenya, and South Africa and is an LP in Savannah Fund.

But Africa (54 distinct countries) felt like a massive undertaking and one that was initially outside of my focus area since I’ve been busy raising a US-focused fund for black and Latinx founders and emerging multicultural markets as well as working with companies in 500’s SF accelerator.

It’s also faaaar (20 hours in economy? Jesus fix it.) and I knew it wasn’t going to be the fun kind of travel where I got to walk around by myself, take public transportation, and hang out in cute cafés after a conference.

But 500 is a global fund (where everyone wears 500 hats) and Africa presented a very big opportunity for the main fund to open up a growing market that we had been somewhat active in even wider.

So after that first trip, I decided to come back – twice that year in fact – because you can’t visit an emerging market once and think you know everything about it. You certainly can’t assume you know enough to invest in the market well.

The next billion internet users are not going to look like the first billion.

Today, African startups are still a relatively small part of the 500 Startups portfolio. Seven years ago, we had just started investing in Latin America and Asia. Now, we’ve done more than 100 deals in each of those regions, including one unicorn in Grab (the Uber of Southeast Asia).

There is a future in which investing in a startup from Lagos and Johannesburg is just as common as investing in one from London or Beijing. I just want to be there before it happens.

The White Elephant in the Room

Birth of an Ecosystem: Understanding the Market for Black and Latino Tech Consumers