What do the fashion execs at Apple mean for wearable tech? 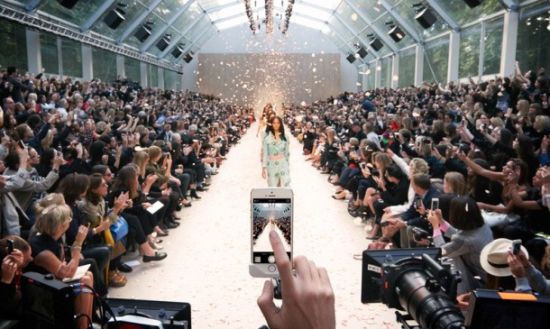 One is an anomaly, but a matching set begs the question: is Apple a luxury company? Now more than ever.

Apple has flirted with the low end of the market with not great results. In the iWatch space, competing on price point seems like a nonstarter. With Samsung already off and running with the Galaxy Gear watch at $299, there’s only going to be so much pricing differentiation that the market can bear.

Instead, Apple is positioning itself as a luxury brand that can be fashionable enough to be worn alongside a Burberry trench or with a pair of YSL Tributes.

If wearables are going to make it to the mass market, then they have to be something that more than geeks are willing to wear.

They have to be cute.

A phone is functional — you need it. I’d make the argument that you don’t need a watch. I haven’t worn one in over a decade.

But both Samsung and Apple are sending clear signals that their wearables are a fashion item. Samsung had a big presence during the Spring runway shows, putting the Galaxy on the runway in New York, London, and even South Africa Fashion Week.

The other big player in wearables, Google, has made a few high profile forays into fashion. Right now, Google Glass makes you look asinine. In future iterations of Glass, I believe they’ll go the opposite way. Instead of making them more beautiful, they’ll make Glass so unobtrusive that they fade into the background.

Even the way you buy a luxury item is very different from the way you buy a phone or a laptop. It’s more tactile, emotional, and visceral. It’s going to be interesting to see how Angela Ahrendts brings her experience in creating an aspirational brand to the Apple store experience.

Ahrendts and Deneve are two high-profile fashion executives who both come with a high price tag. These are risky hires, but they’re a move toward Apple investing in wearables and embracing it’s position as a luxury brand.

For shareholders, that has to be justified by the impact of wearables on the entire business — not just one iWatch product but an overall closer alignment between technology and fashion and thinking of Apple as the first luxury tech brand.

Wearables will eventually be the way that we interact with most of our technology. Why would you carry a phone when you can wear it inside a piece of clothing?

Tech Help for Boomer Parents…Sold to Their Kids

What if every auto purchase came with…